Maybe you’re a volunteer or donor who is committed to a particular nonprofit’s mission.

Or maybe you’re an executive or board member of a nonprofit who is committed to keeping the organization sustainable.

Either way, you can have a conversation about planned giving that can have an impact and legacy that extends beyond a lifetime. 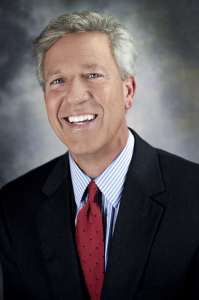 Mark Weaver demystifies such matters in a 20-minute conversation with nonprofit and donor consultant Jamie Levy that’s available in podcast form at the website of the Community Foundation of Henderson.

“Mark has a lot of realms, such as high-wealth financial planning,” Levy says. “He’s a Certified Financial Planner” as well as president of the Board of the Community Foundation of Henderson, which strives to transform Henderson by connecting a donor’s passion to a charity’s purpose.

“But more importantly, what’s he’s able to do is help people really find their potential with the financial resources they’ve been blessed with and how to create generational and life value,” Levy says.

Planned giving is making the decision to make a significant financial blessing to a nonprofit or cause after one’s life has ended. It can define one’s values and legacy and help sustain a mission that was important to someone while they were alive.

“My own example is probably the best way to describe it,” Mark says in the podcast.

“I have two sons and we have personally decided to treat our estate as if there were three sons,” he says. “Each of our sons gets a third and the other third is going to go to the things that (his wife) Cindy and I have been passionate about, and we want to continue to sustain those organizations that are doing the things that we’ve both contributed our time and our efforts and our monies to while were living.

“To me, planned giving is making an impact when I’m no longer around to make an impact.”

Mark believes committing to planned giving is a process.

“Whether you are giving money or volunteering your time, ask yourself: ‘Why are you doing what you’re doing for this organization?’” he says.

That introspection can lead to having a revealing conversation with someone from the nonprofit, whether it’s a charity, your church, a sports league or other organization.

Ultimately, he says, “Every planned gift starts with a conversation.”

“I really like your comment that it starts with a conversation,” Jamie says. “Planned gifts aren’t technical and complex; they’re conversational.”

“So,” Mark says, “a planned gift is what bridges that gap between me giving my check today and, me not being here, me giving a check tomorrow.”

“It still gets down to, asking and having the conversation about why are you here?” he says. “Why are you giving, why have you chosen and blessed this organization, and what blessing you are giving and how would you like to magnify what you’re doing?”

Once a donor has committed to planned giving, the dotting of I’s and crossing of T’s can begin.

Prospective planned givers and nonprofits alike might be unfamiliar with the process of giving following life. Mark advises that it’s first important to understand one’s passions and values; the technical details of planned giving can come later.

“It’s not as hard as it sounds,” Mark says. “I like to look at some low-hanging fruit. There are just some real easy ways to give a planned gift — things like (designating nonprofits as) beneficiaries on a retirement plan and an IRA.”

When the time to commit to a planned gift, seek out professional assistance. “I would look for resources in my community, whether they’re attorneys or financial advisors who really ‘get’ generosity and then also have some expertise in doing this kind of thing. Find the right professionals who can help you,” he says.

With the help of the Community Foundation, individuals and families can set up a donor-designated fund to gives them the choice of where   monies will go. “You can get a deduction when you contribute to it,” Mark says, or you can “put in appreciated securities (such as stock) in it and (allow the nonprofit to) sell them tax-free.”

Meanwhile, he encourages nonprofits to bring up the idea of planned giving with folks. “I would choose the individuals who I know are the most passionate about your organization, whether it’s giving their time, talent or treasure, and I would just start the conversation. Believe it or not, it’s not threatening because you’re not going to ask them for a check. That’s not where this starts. And you will find out more about them. What you’ll find is, they love you, they want to see you   and they can join with you to become successful.”

But he says it’s important for nonprofit representatives — whether staff or board members — to put their money where their mouth is when it comes to planned gifts.

The full 20-minute podcast on planned giving can be heard at www.CFHenderson.org.

To learn how the Community Foundation of Henderson can help with planned giving, send a message to info@CFHenderson.org.