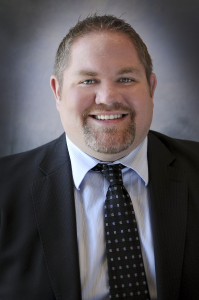 Chris was born & raised in Henderson County.  He was part of eight on the initial Henderson Leadership Initiative team that founded the Community Foundation of Henderson.  Chris wanted to make an impact on his community, so he quickly became involved after briefly living in North Carolina for three years.  He is currently employed at Columbia Sportswear Company as the Facility Engineer & Facility Manager.  He has a Bachelor of Science degree in engineering and design and his MBA both from Murray State University.  He has served on the Habitat for Humanity of Henderson County board as secretary, treasurer, & vice president and is a Henderson Leadership Initiative Fellow.  Chris is deeply involved in the community participating in events/projects for the American Cancer Society, Big Brothers Big Sisters, Junior Achievement, Henderson Recreation Association, Muscular Dystrophy Association, American Red Cross, Rotoract, & Henderson-Henderson County Chamber of Commerce.  He is married to Tara Smith, also a Henderson native and they have two daughters, Isabella & Sophia. Chris is a past President of the CFH Board of Directors.