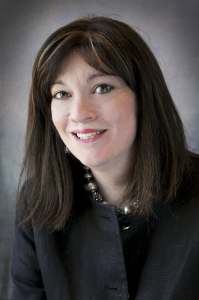 Dawn is a fifth generation and lifelong Hendersonian.  She believes the Community Foundation of Henderson is a powerful vehicle which will ensure Henderson’s future is even brighter than its past. Dawn serves as the City Attorney for Henderson. Prior, she was in private practice in Henderson since 1993. Dawn received her Juris Doctorate from Washington University School of Law, St. Louis, Missouri where she was the recipient of the Jack Gardner Humanitarian Award and was awarded Order of the Barrister. Her Bachelor of Arts Degree in Political Science is from Transylvania University, Lexington, Kentucky. Dawn is licensed to Practice Law in Kentucky & Indiana and in front of the Supreme Court of the United States. She is a member of the American Bar Association, Kentucky Bar Association, Kentucky Municipal Attorneys Association, and Henderson Bar Association for which she was past president. She currently serves as a board member on the College Foundation, Henderson Leadership Initiative, and is the Vice President and Membership Chair of the Henderson Rotary Club. She has served on the United Way of Henderson County Board of Directors and is a past president, YMCA of Henderson County Board, American Red Cross, Cardinal Chapter Board, Co-Chair of the Henderson County Education Coalition, Henderson County High School Site Based Decision Making Council, South Middle School Site Based Decision Making Council, Jefferson Elementary School Site Based Decision Making Council, Riverview School Board of Directors, Volunteer & Information Center Board, Northwest Kentucky Forward Rally 4 Education, and was in the 2009 Class of the Henderson Leadership Initiative. She is the 2013 recipient of the United Way of Henderson County Gordon B. Tittle Award. Dawn is married to John Kelsey and mother to Kate Kelsey who is a junior at Henderson County High School. They are active in First United Methodist Church.