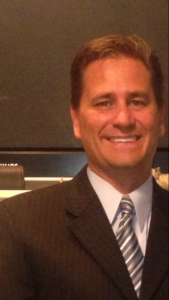 Jeff has long been a supporter of the CFH and the impact it can have on his Henderson community. Jeff is a franchisee of 21 Subway locations in Western Kentucky and Southern Indiana. He has been in the restaurant business for 30 years and has been developing real estate for 12 years. He received an honorable discharge from the Indiana Army National Guard after serving for 4 years with the Air Defense Artillery Division. Jeff attended Purdue University in Lafayette, Indiana while managing a Subway Restaurant. He moved to Henderson in 1994 when buying his first Subway restaurant. He has been the recipient of KYNDLE’s Small Business Award and the recipient of the Subway Franchisee of the Year for Indiana/Kentucky.  Jeff is passionate about bringing new businesses to the area and creating more job opportunities within the community and the Community Foundation of Henderson is a way to help Henderson become more socially viable and attractive to new business. He currently resides in Henderson, Ky with his wife Julie, their three kids Courtney, Carson, and Kyla.