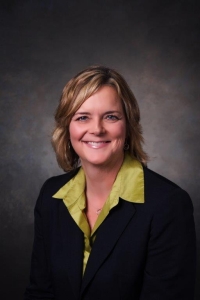 Kelly is a lifelong resident of Henderson and non-profit leader who feels CFH provides a valuable vehicle for people to invest in a safe and effective way while providing the infrastructure to administer funding as designated. In turn, by providing training, support and networking opportunities to area non-profits, she feels CFH can further benefit the community through the works of these vital organizations.  She is a 1987 graduate of Kentucky Wesleyan College where she was a James Graham Brown Scholar and received her dual majors in Criminal Justice and Psychology. In 2007, she received her Master of Health Administration degree from USI. Kelly is currently President/CEO of the Easterseals Rehabilitation Center where she has been employed since 1988. She held various positions within the organization before being named to lead the organization in 2015. She was part of the Easterseals Leadership Institute in 2008. Kelly currently serves on the POW! Partnership of Women Executive Committee where she is co-chair of membership committee and former chair of grants committee, she is on the Board of Directors of Women’s Addiction and Recovery Manor, serves on the Advisory Board for the Master of Health Administration Program at the University of Southern Indiana, is a Henderson Leadership Initiative Fellow (2007) and a member of the Healthy Henderson Coalition since 2013. She is the mother of two sons, Benjamin (20) who is a student at the Kentucky Community College and Technical School and Nicholas (16) who is a student in the Western Christian Academy homeschool program. She and husband, Brad, County Judge Executive of Henderson County, are members of Holy Name of Jesus Catholic Church.