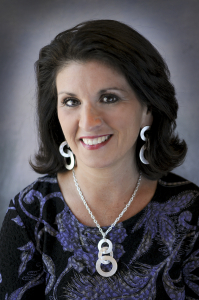 Leanne has been a resident of Henderson for 49 years and has been honored to serve on the board of the Community Foundation of Henderson since its inception. She believes CFH is the most important non-profit in Henderson as it is a catalyst of growth for all non-profits and will positively impact our community growth for generations. Leanne is a self-employed business consultant for the last 23 years in the areas of strategic business development, marketing and public relations and has served a wide variety of clients from local to national. Early in her career, she was employed at St. Mary’s Medical Center (St. Vincent’s) as spokesperson and a key member of the management/marketing team for the then largest Tri-State employer. There she completed the Uncommon Leader leadership initiative & earned the National Catholic Health Association Spirit Award for a team effort on a regional campaign for homelessness. She earned her Bachelor of Arts in journalism studying advertising and business from Western Kentucky University. She is a member of Public Relations Professionals of America (PRSA) and awarded Public Relations Practitioner of the Year in 2000 by her alma mater, WKU. Leanne was a founder of RiverBend Academy (6 years) where she started & produced the Sandy Lee Songfest. She is currently a co-founder of the SoFA (School of Fine Arts) Foundation board and serves on the board for HAAA (Henderson Area Arts Alliance). She is a founding member and was the executive team leader in forming POW! Partnership of Women (6 years) and remains as a member. She was on the board of River City Renaissance (formerly The Henderson Project) in partnership with the UK School of Design (10 years). She served on the board for Habitat for Humanity of Evansville (18 years) where she was a key member of three internationally recognized Blitz Builds, advocated for a subdivision for 2005 tornado victims, started its planned giving program and endowment support, and helped grow the organization to an international Top Ten Affiliate. She was honored by Habitat for Humanity of Evansville with induction ceremony into the first lifetime achievement Emeritus Board of Directors in 2014. Leanne is married to Steve Pritchett and they have one son, Chase Joseph (21) who studies at the University of Alabama.