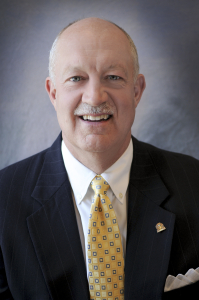 Chase Fulcher, CLU, ChFC, LUTCF, has more than 32 years of experience in the insurance industry. Chase is one of the leading property and casualty agents in the United States, having led the Southern Farm Bureau agency force of 4,000 agents in an 11-state region five times. He was also chosen as Kentucky Farm Bureau Insurance’s Agent of the Year 17 years during his career. He is now owner of Best Insured LLC and Best Life Quotes LLC in Henderson, Kentucky.
A native of Henderson, Chase proudly served our country in the U.S. Army Airborne Assault. He earned the rank of sergeant in 30 months while also winning Soldier of the Year for the 5th Signal Surveillance Brigade. He was chosen as an honor graduate of the Airborne Air Assault Academy and received the Army Accommodation medal before his honorable discharge.
Chase has been extremely active in the Henderson community, serving on the boards of Independence Bank, the Community Foundation of Henderson (for which he served as president), the Henderson Regional Hospital Foundation, the River City Renaissance, the Henderson City-County Airport, the Henderson Chamber of Commerce and the Henderson County Family YMCA. He jump-started the Community Foundation by raising more than $1.75 million in endowments. In 2014, he was named the Henderson Chamber’s Distinguished Citizen of the Year. A year later he was inducted into the Henderson County High School Hall of Fame.
Chase is one of the premier bow hunters in America, serving on the National Pro Staff of Hoyt & Easton Archery. He is a lifetime sponsor of Ducks Unlimited and has been very instrumental in wildlife conservation programs. He helped build one of the most successful youth archery centers in the country, serving more than 800 children each school year. This program helped children in the Henderson County schools’ archery program win seven national championships and a world title at the ESPN center in Florida. He was one of the founding members and donors of 3D Scholastic Archery which is now successful in many states across the US.
Chase is most proud of his family. His daughter, Katelyn Flick, is a surgeon at Indiana University Medical Center and is married to Daniel Flick. His son, Dale Fulcher, is a full-time firefighter and member of the deep-water rescue team for the City of Henderson. He is married to Brittney and they have two children, Paisley and Cru. Chase loves spending time with his family and grandchildren.