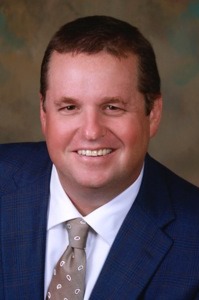 Curt is a graduate of Henderson County High School and has been practicing law in Henderson since returning to his hometown with his family in 1997.  Since that time, hundreds of clients have trusted him with their legal matters and he strives to return the kindness of his clients and others who have supported him through volunteerism. In fact, Curt was recently honored as the 2014 Heart of Downtown Henderson Award recipient by the Downtown Henderson Partnership.  After years of serving as a member, director, officer, and/or volunteer of the Henderson Lions Club, Henderson Chamber of Commerce, Henderson Family YMCA, Junior Achievement, RiverBend Academy, the Handy Festival Committee, and others, he discovered that our community was missing a crucial element – a foundation whose purpose is to sustain the standard of living we enjoy through private fund endowments.  He was honored to serve as a founding member of the Board of Directors for the Community Foundation of Henderson. Curt is the founding member of Curt Hamilton Injury Law since 2011 and prior was a partner of Bach Hamilton LLP, 2004-2011; a partner of Morton & Bach 2000-2004 and an associate at Neel Wilson & Clem, 1997-2000.  Curt received his Bachelor’s Degree from Duke University, and his Jurisdoctrate Degree from the University of Cincinnati College of Law.  He was admitted to practice law in Kentucky, Indiana, and Ohio state courts in 1995 and admitted in the U.S. Courts of Appeal for the 6th and 7th Districts. He has been admitted to the U.S. District Courts for Western Kentucky, Eastern Kentucky, Southern Indiana, and Southern Ohio. Curt is a member of the American Justice Association (formerly American Trial Lawyers Association), Kentucky Justice Association, Brooks Inn of Court, Henderson Bar Association, and Evansville Bar Association. He has served on the Henderson Lions Club Board as past president and all other offices, the Henderson-Henderson County Chamber of Commerce as vice president and public policy, and currently serves on the Henderson Family YMCA Board.  Curt is married to Emily Weiland Hamilton and they have four children – Victoria, C.J., Ben, and Caroline.