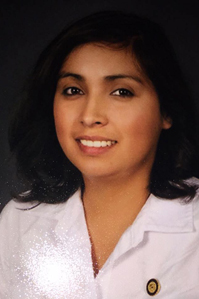 Janeth moved to Henderson when she was 12 years old. Her stepdad worked for Tyson Foods and transferred from Texas to the Tyson plant near Robards.

She is a Registered Nurse and a small business owner. As a nurse she has worked in oncology, hospice and pediatric home health. Janeth now works for Matthew 25 Aids Services as the Henderson Site Director. As for small business, she helps manage Tacoholics, her family’s Mexican restaurant. She is also a student at Indiana Wesleyan University, working to obtain a Master’s in Nursing Leadership and a Master’s in Business Administration.

Janeth believes Henderson is a wonderful and welcoming community and she wants to see the people in Henderson thrive. She also wants to show her children that our actions can have a positive impact in the community. At the end of the day, she wants to know that her actions helped create something better.

In addition to working for Matthew 25, Janeth is a member of the Henderson Diabetes Coalition and serves on the Green River Area Development District (GRADD) Board of Directors. She also was part of the committee that put together the Dia De Los Muertos celebration in 2019.

Janeth is married to Marcos Nicolas. They have three children: Marcos Jr., who is a student at the Henderson Community College, and Jasmine and Jolie, who both attend Holy Name School. As a family, they love to take short day trips to museums, zoos and aquariums. They also love to camp and hike.